The mission of Calvary Tabernacle is to reach, connect, and disciple people toward Jesus Christ.

Reaching into all areas of the community to share the truth and love of Jesus Christ with those around us.

Connecting people with God as well as one another and providing a safe place for us all to grow together in Christ.

Educating and empowering believers to become disciples of Christ, sharing the gospel with those around them.

Calvary Tabernacle is a Bible-based church. That means we believe and practice what is explicitly taught in the Bible. We believe and teach the following:

The Bible is the inspired, inerrant, and perfectly preserved Word of God. It is true in all that it teaches. As the flawless Word of God, it is our only authority for what we believe and how we live (2 Tim 3.15-17).

ABOUT god and jesus

There is only one God. The One God has revealed Himself to us as our Father, in His Son Jesus Christ, and through the Holy Spirit. Jesus Christ is the Son of God, that is, the One God manifested in and through an authentic human life. The fullness of the godhead dwells in Jesus bodily. To see Jesus is to see God. (Deut 6.4; John 14.9; Eph 4.4-6; Col 2.9; 1 Tim 3.16).

ABOUT sin and salvation

Everyone has sinned and needs salvation. Salvation comes by grace through faith based on the atoning sacrifice of Jesus Christ (Rom 3.23-25; 6.23; Eph 2.8-9).

The gospel is the good news that Jesus lived a perfect life, died for our sins, was buried, and rose again three days later. We express our belief in the gospel through our obedience to the gospel. We obey the gospel and apply it to our lives by repenting of our sins (death to sin), being baptized in water in the name of Jesus Christ for the remission of our sins (burial), and receiving the gift of the Holy Spirit (resurrection) with the initial evidence of speaking in other tongues. This threefold experience is the consistent pattern of conversion in the early church (1 Cor 15.1-4; 2 Thes 1.8; 1 Pet 4.17; Mark 1.15; Acts 15.7; Rom 6.3-4; Acts 2.4, 37-39; 8.9-17; 10.1-48; 19.1-7).

As Christians we are to love God and love others. We are to worship God joyfully and seek to live a life that is pleasing to him both inwardly and outwardly—in our thoughts, words, and actions. We are empowered to live a life pleasing to God through the Holy Spirit. As a Pentecostal church, we believe that the supernatural gifts of the Spirit are at work in and for the church today and are available to all Spirit-filled believers (Mark 12.28-31; 1 Cor 12.8-10; 2 Cor 7.1; Rom 8.13-14; Gal 5.19-26; Heb 12.14).

Jesus Christ is coming again to rapture his church. In the end will be the final resurrection and the final judgment. The righteous will inherit eternal life in heaven with Jesus Christ, and the unrighteous eternal death. (1 Thes 4.16-17; Rev 20.11-15).

Calvary Tabernacle is blessed with an absolutely dynamic team of staff members as well as volunteers. Meet some of our core team members below. 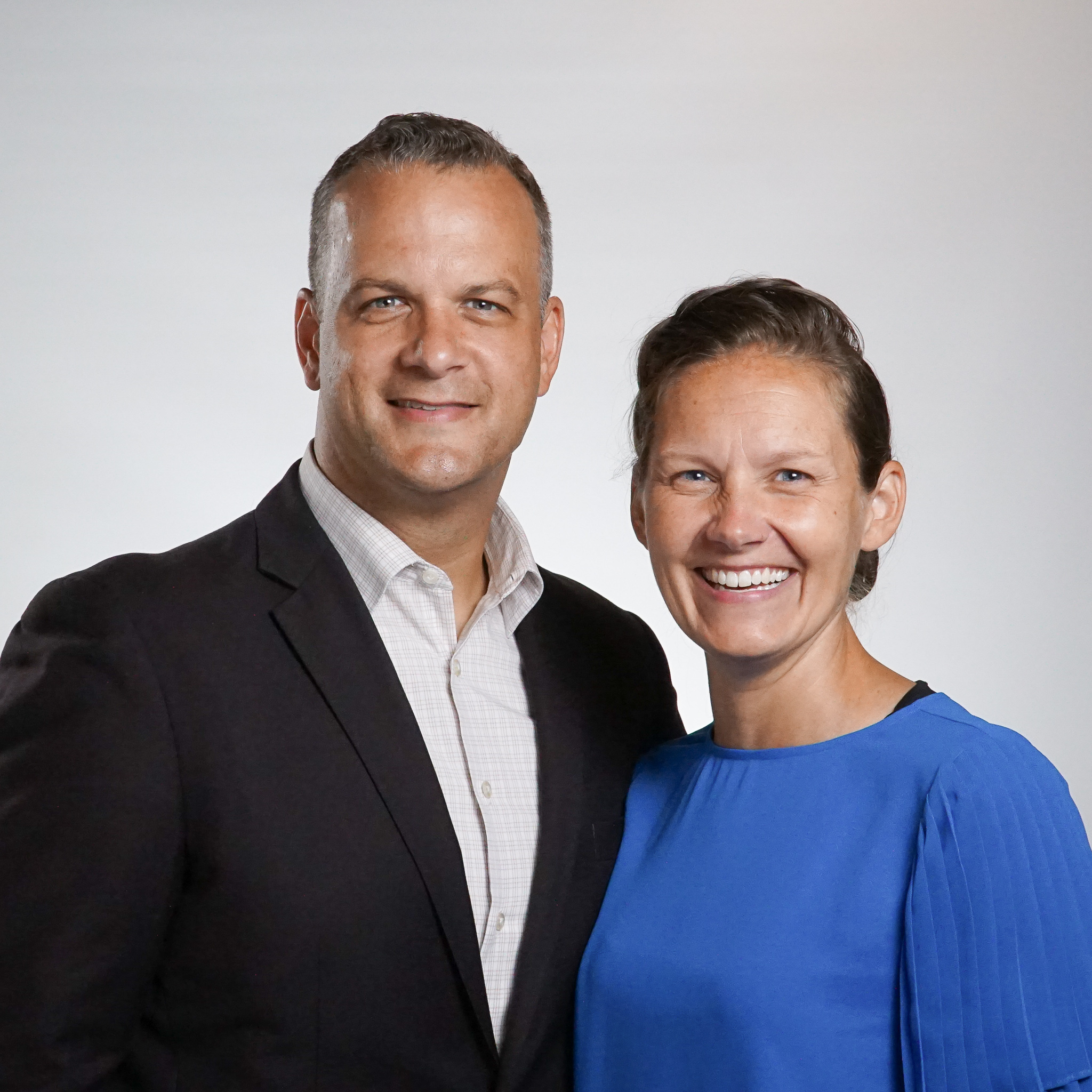 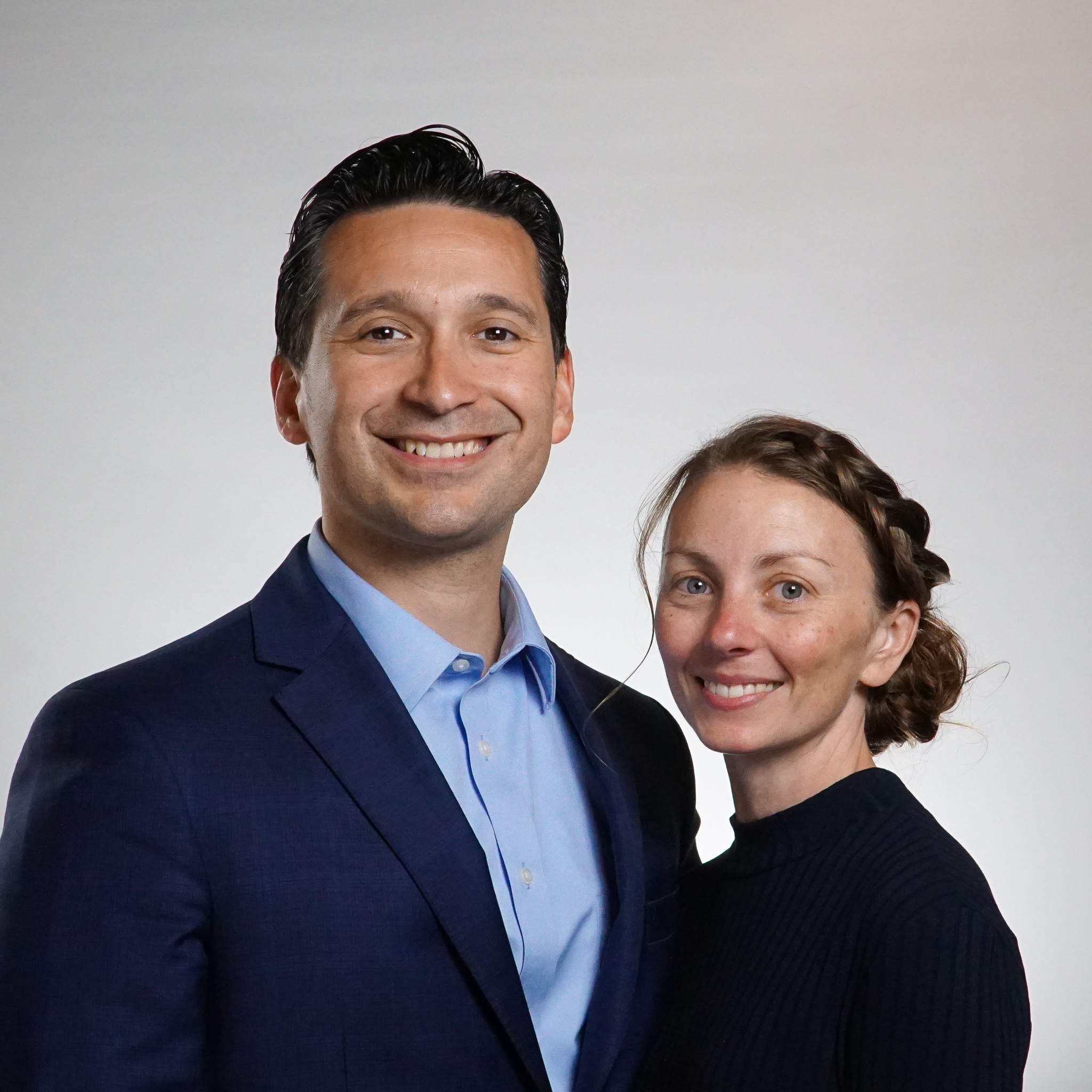 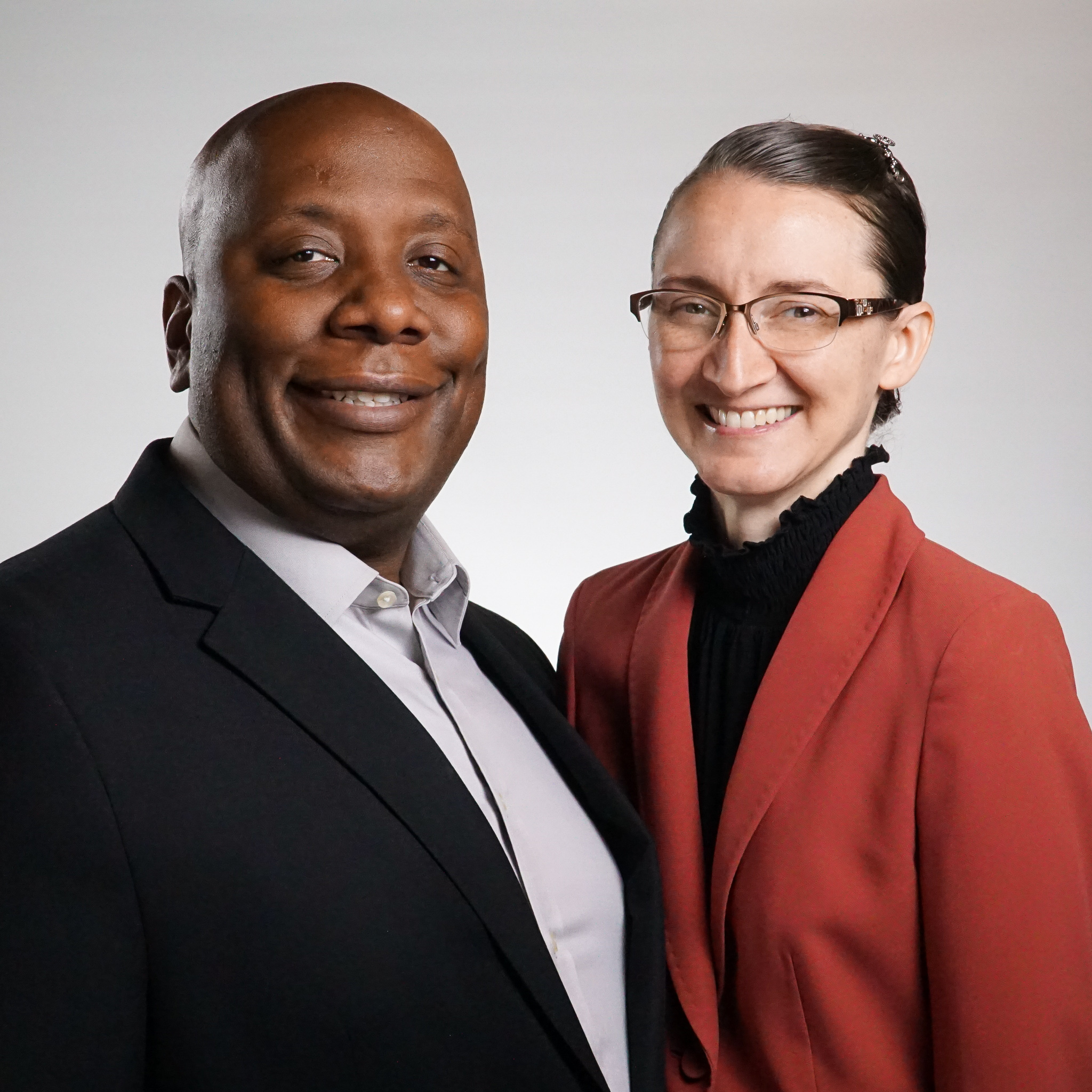 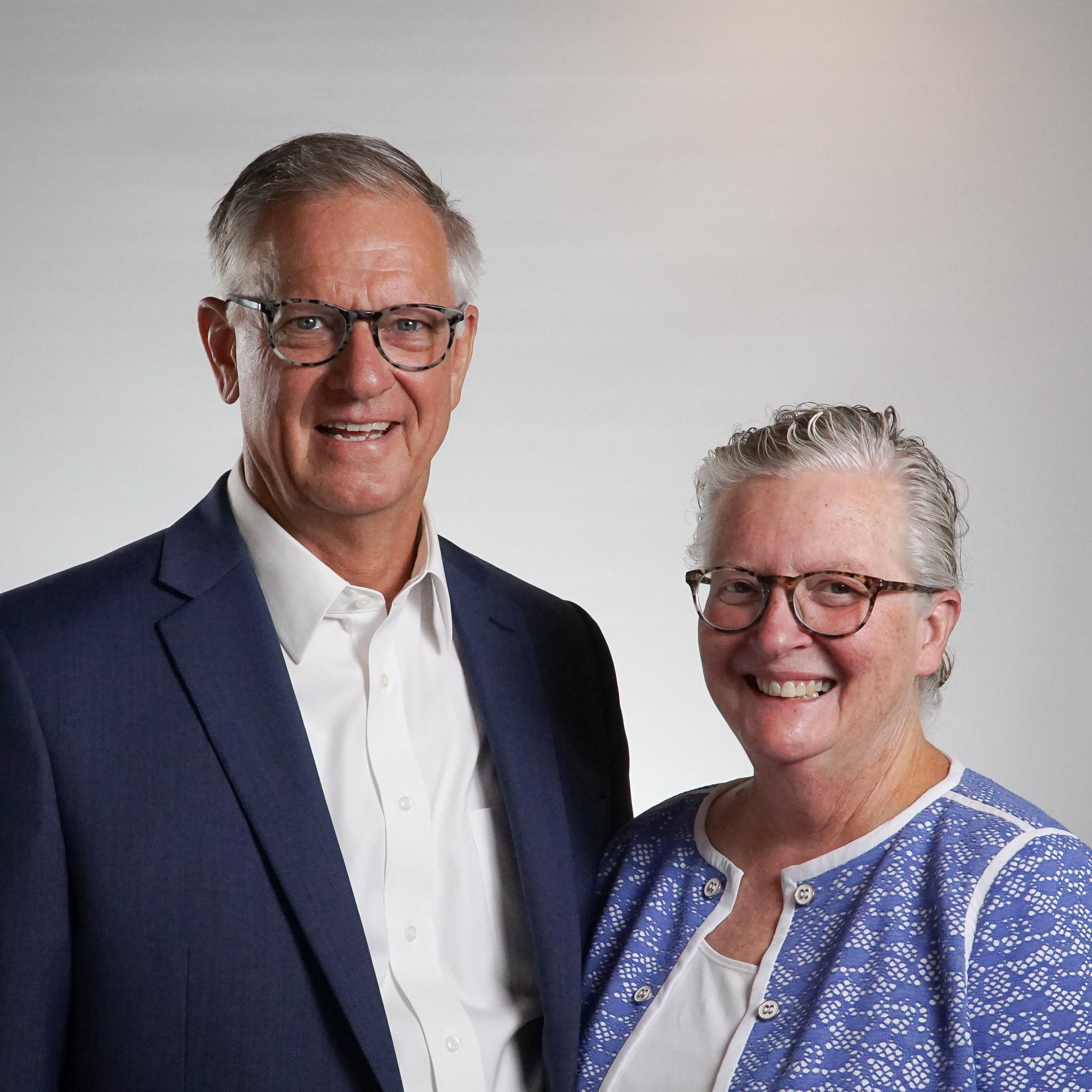 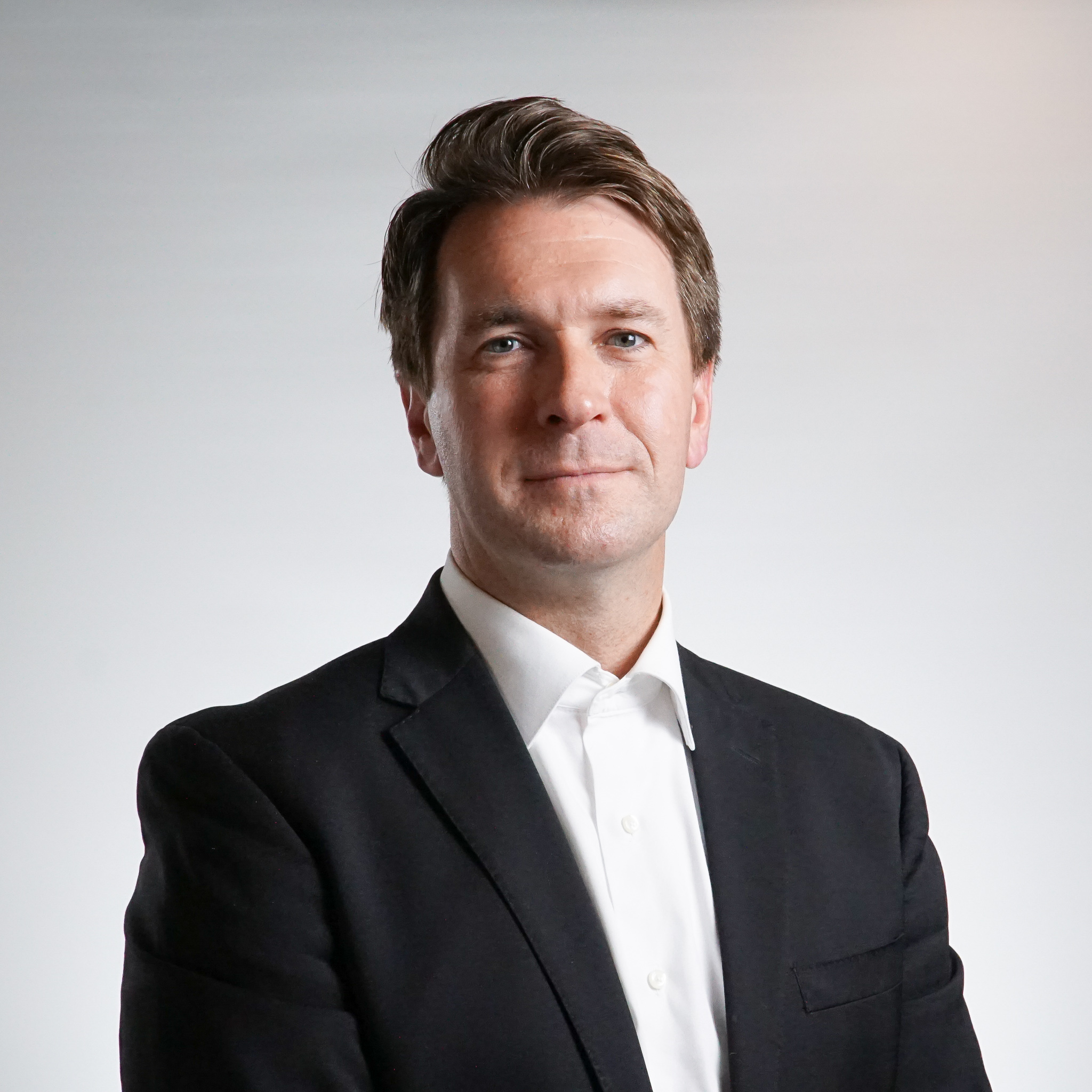 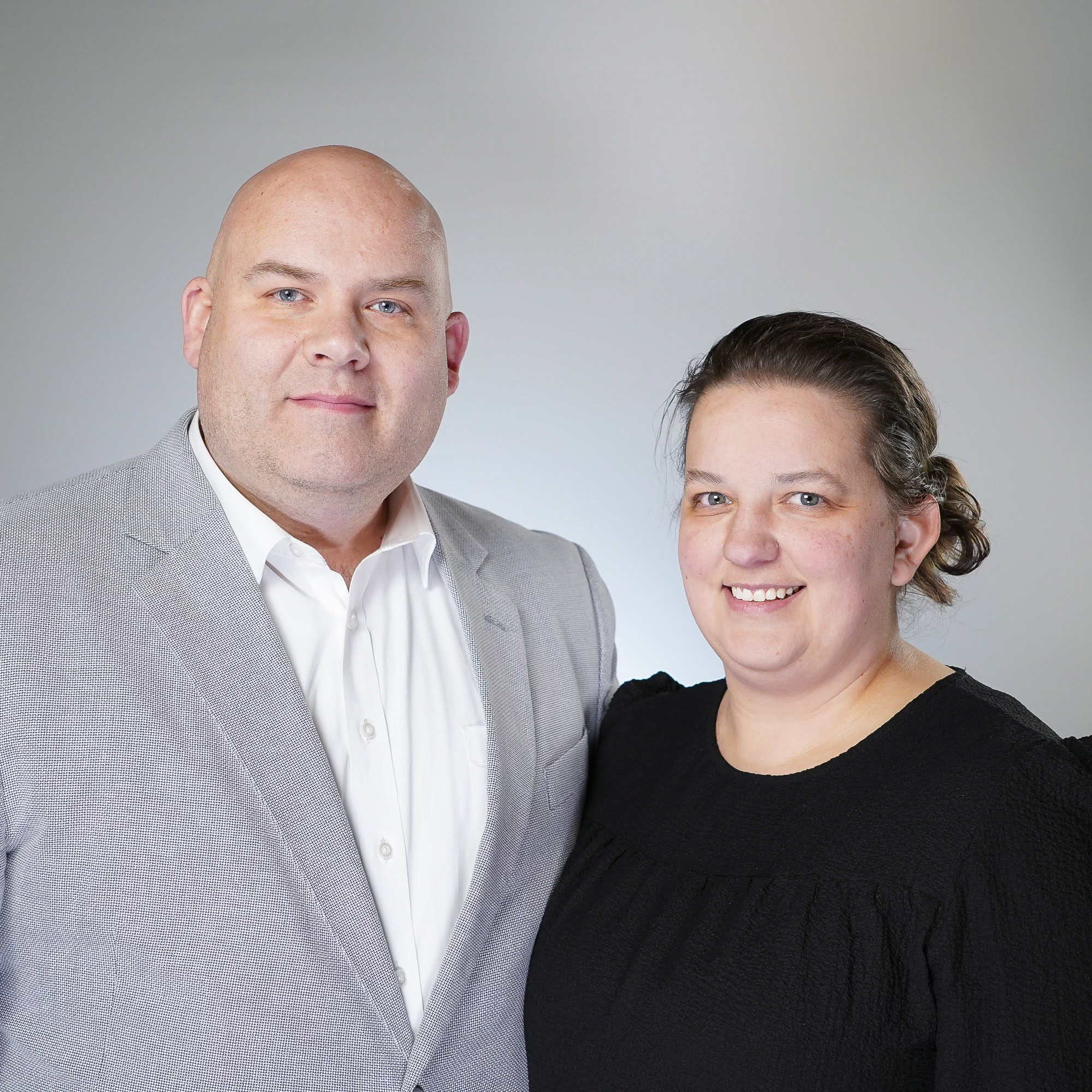 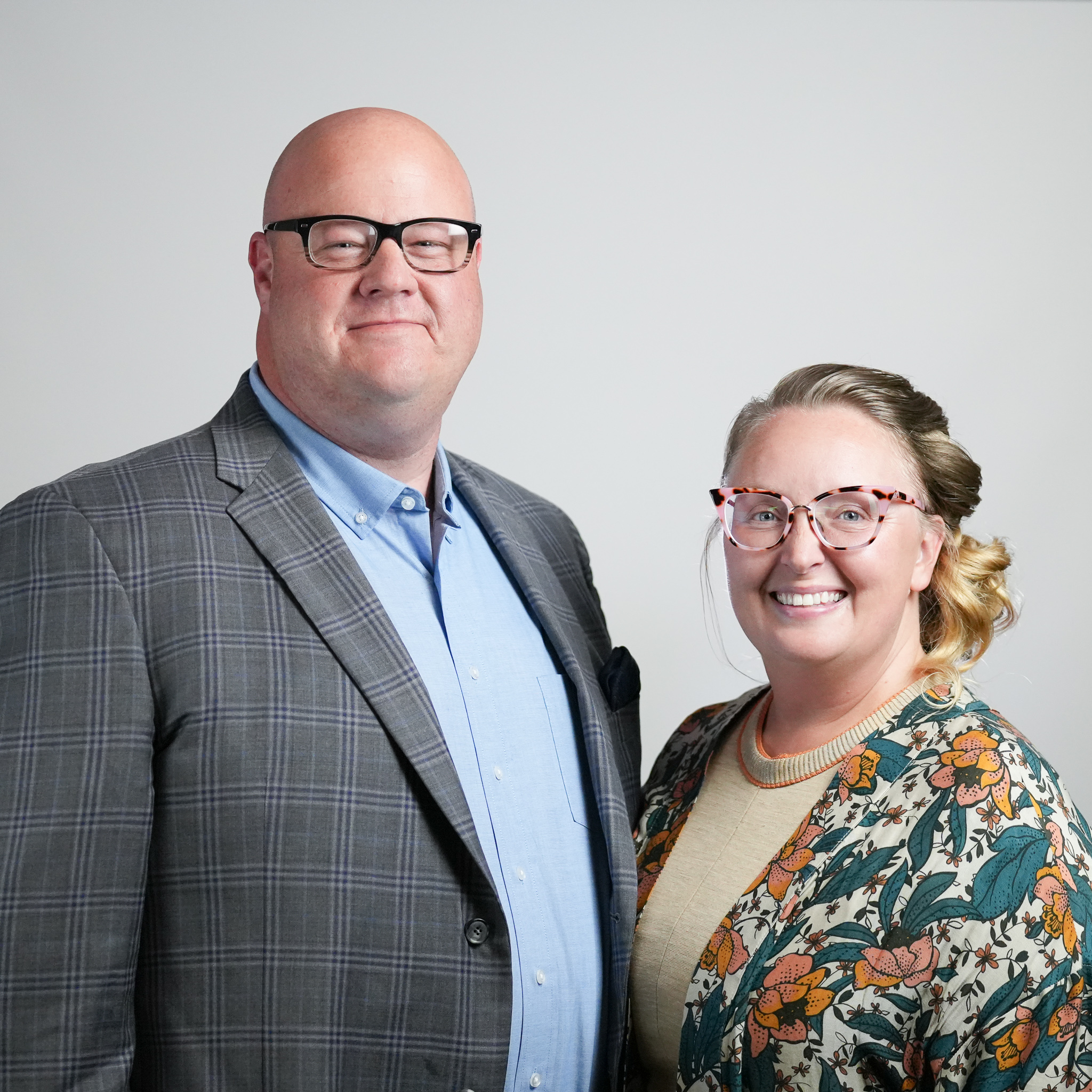 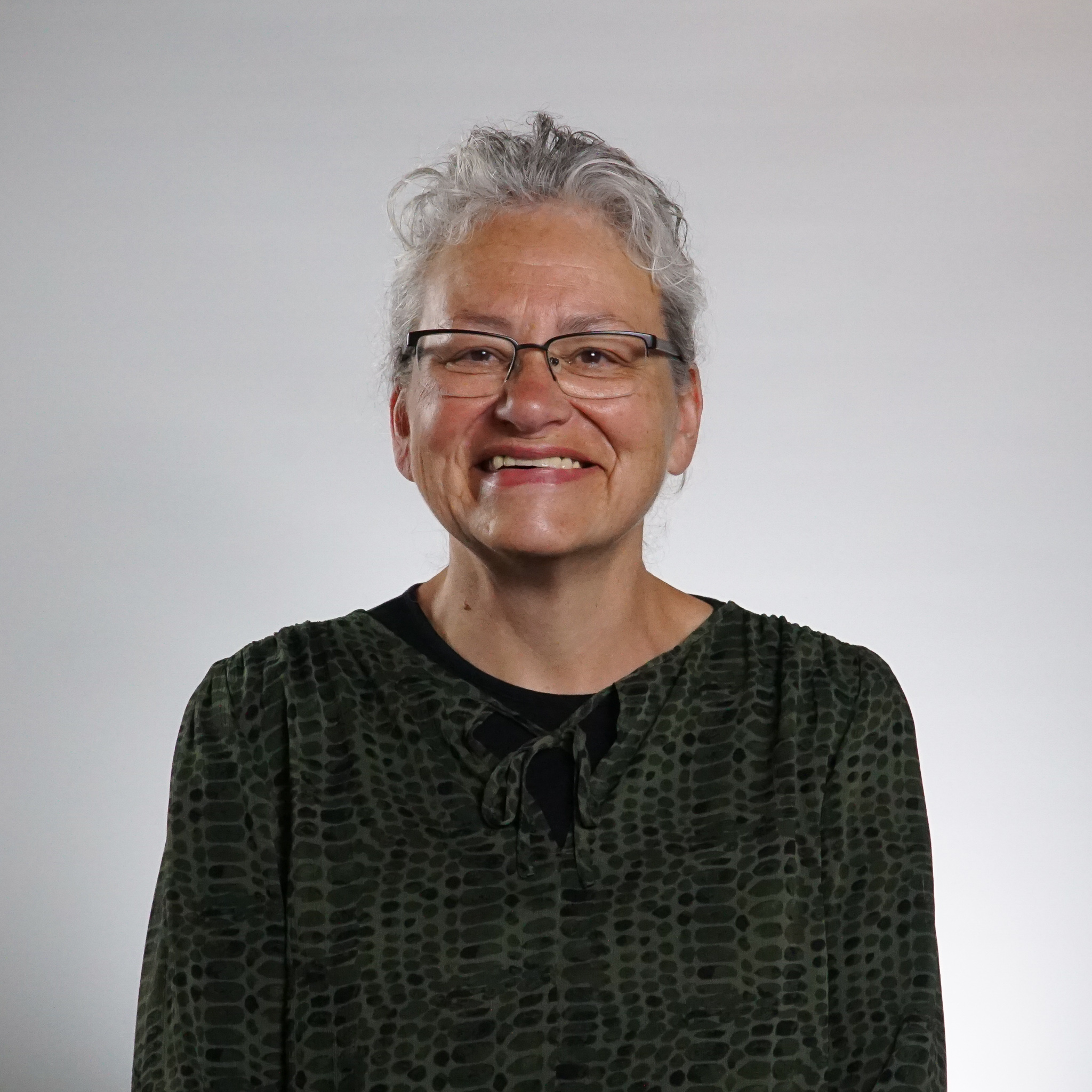 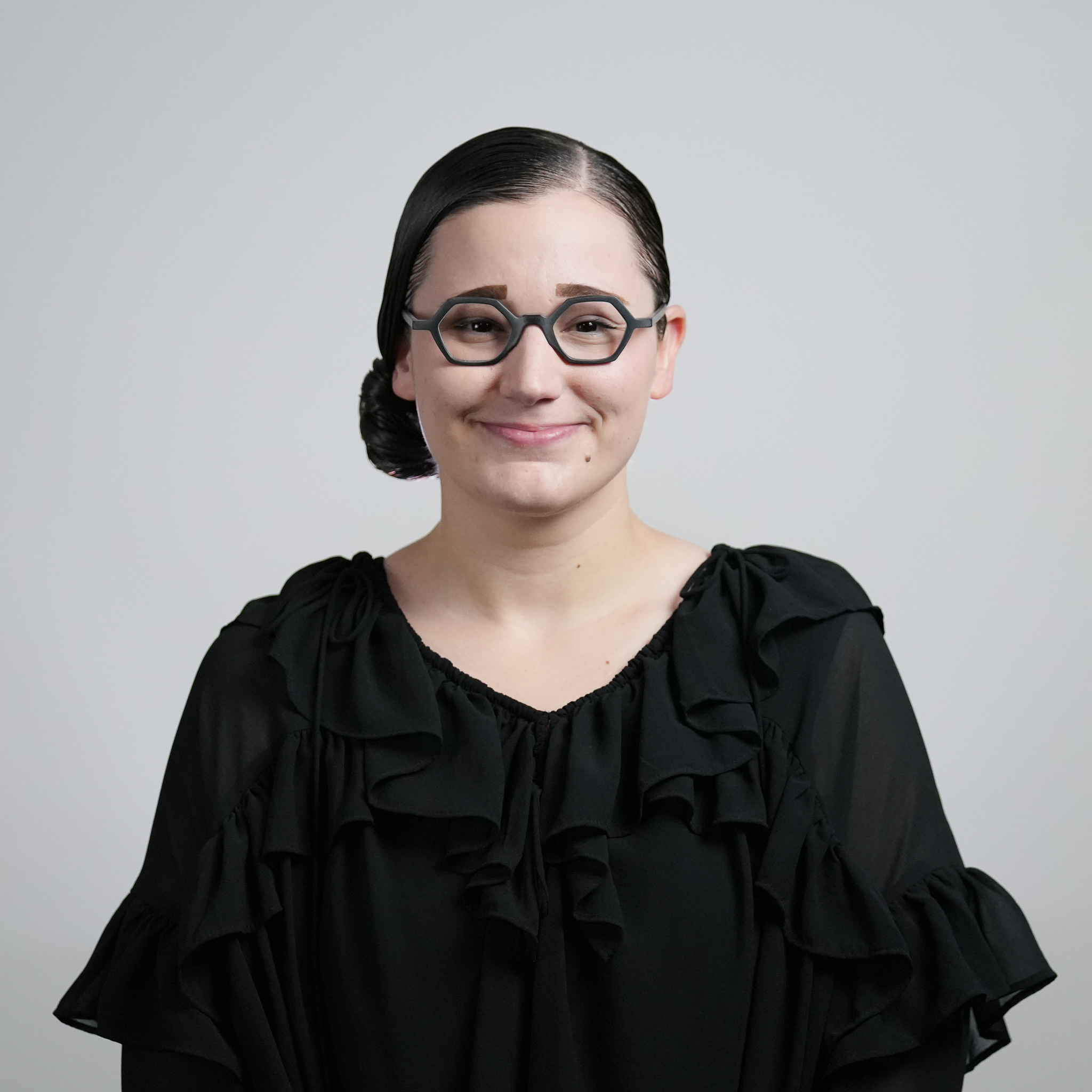 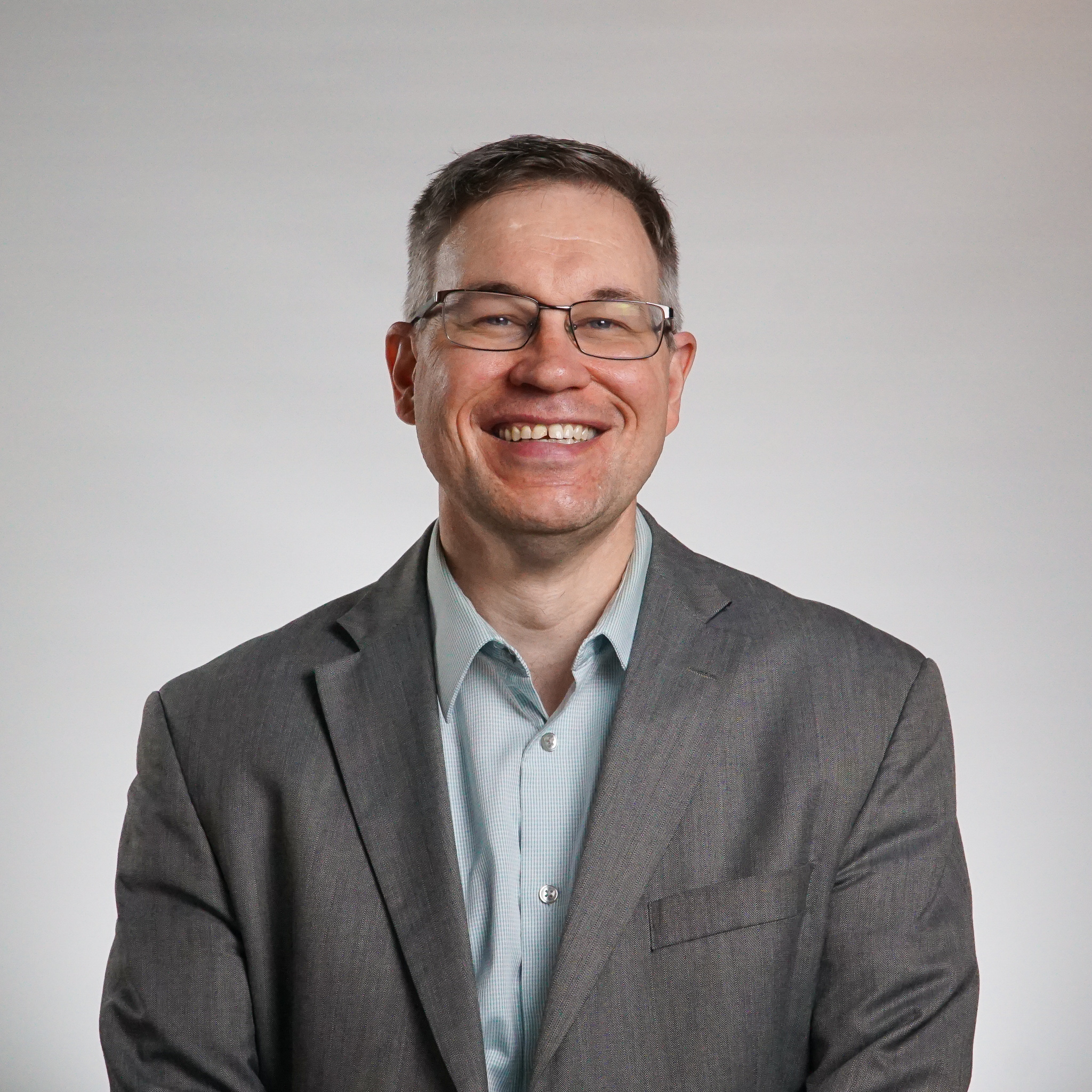 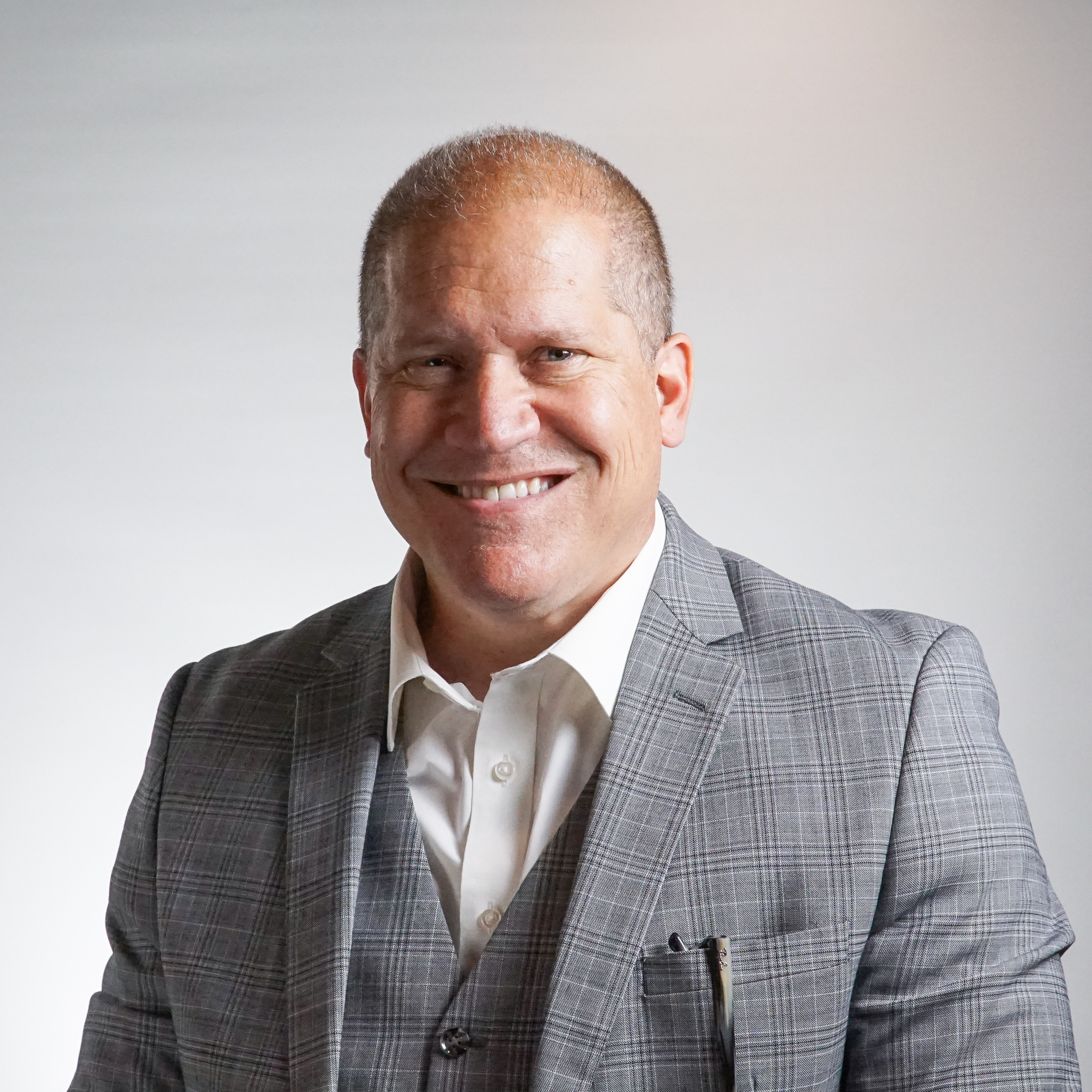 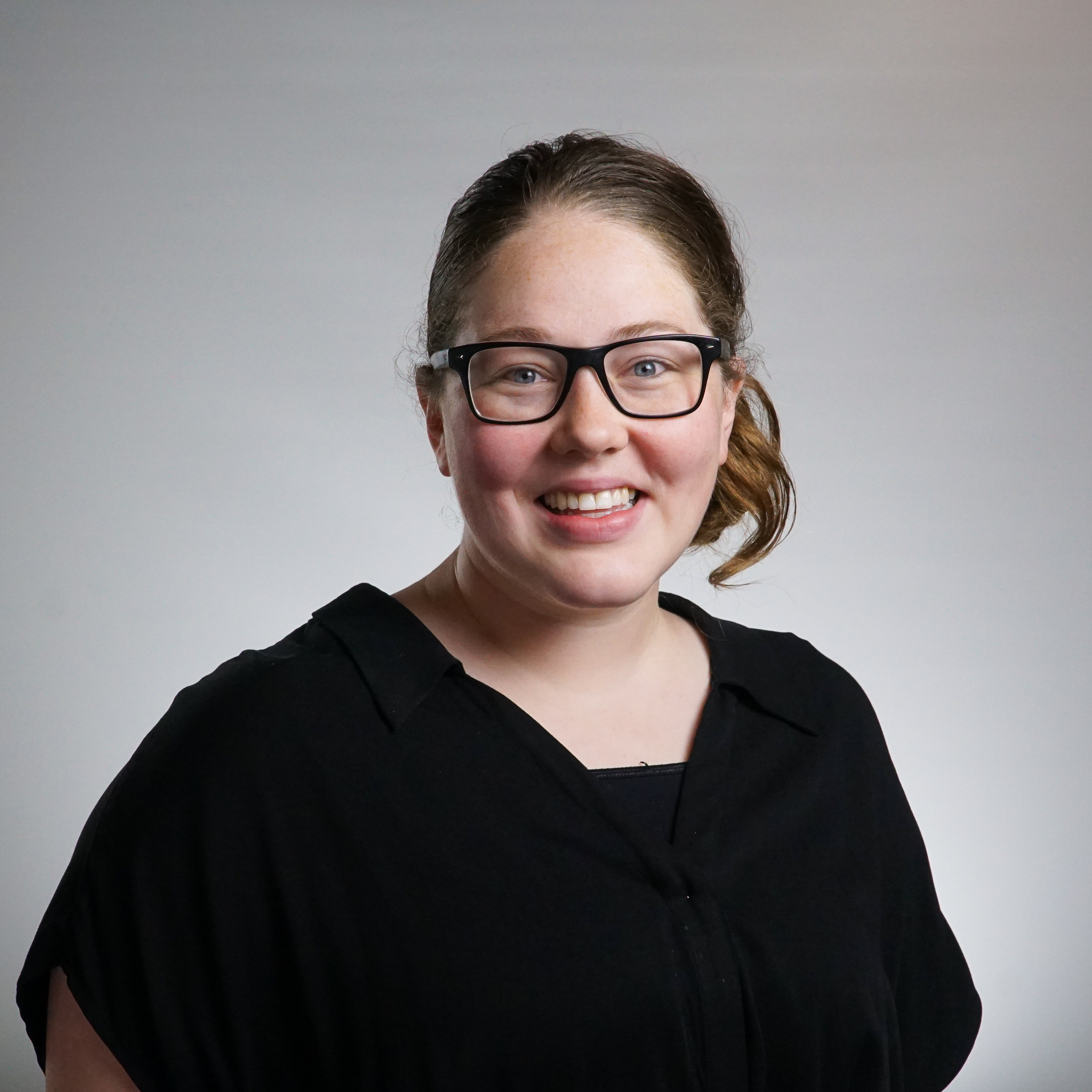 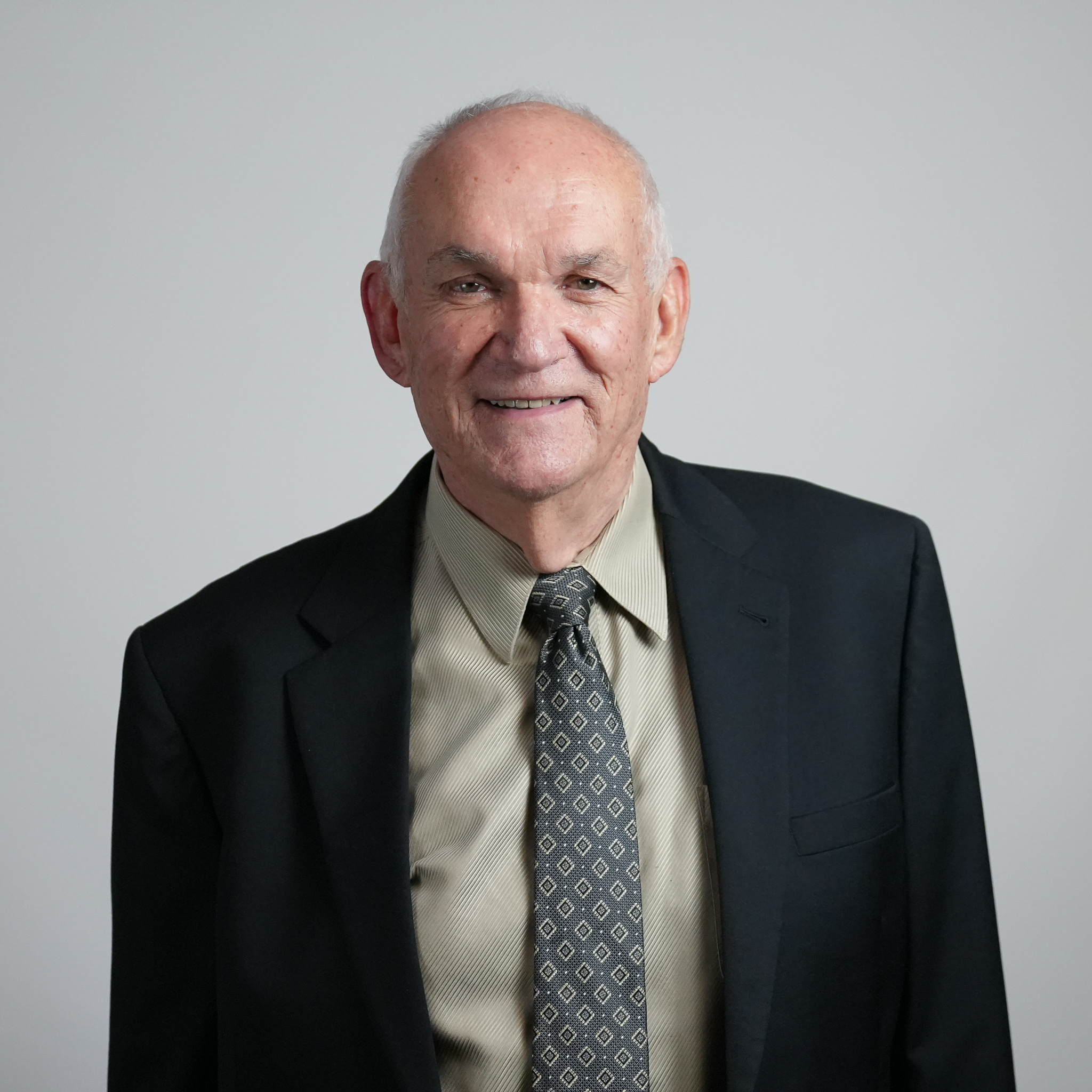 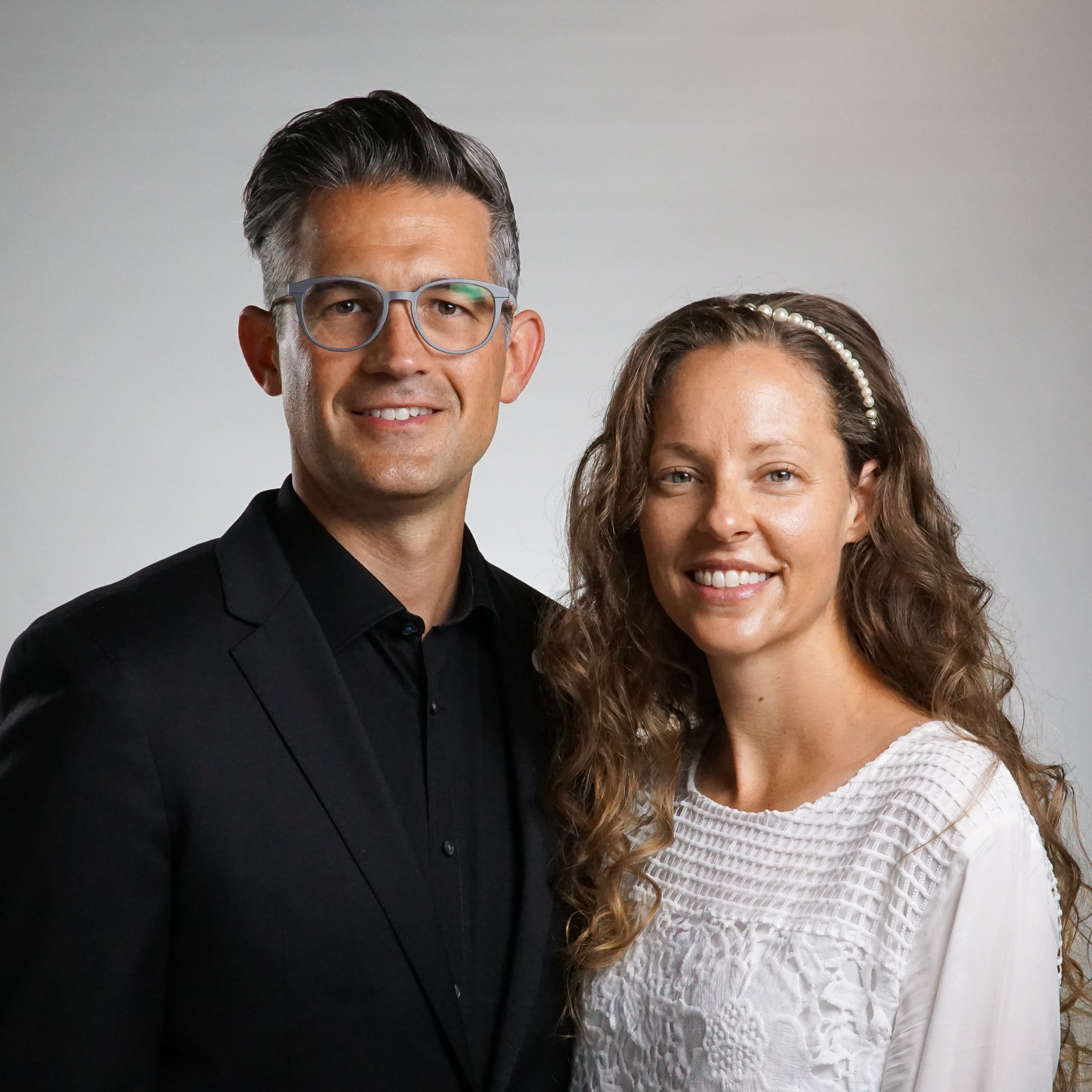 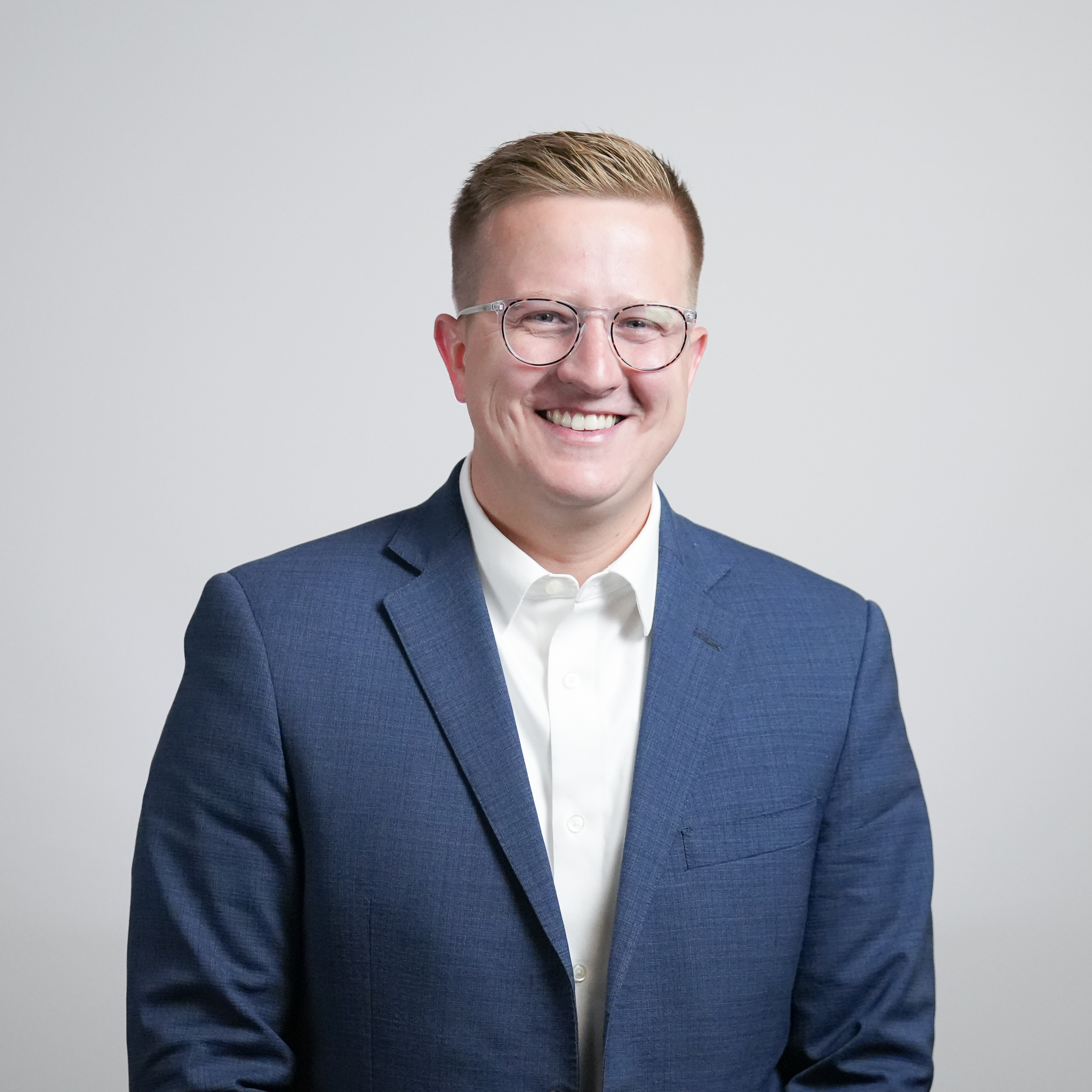 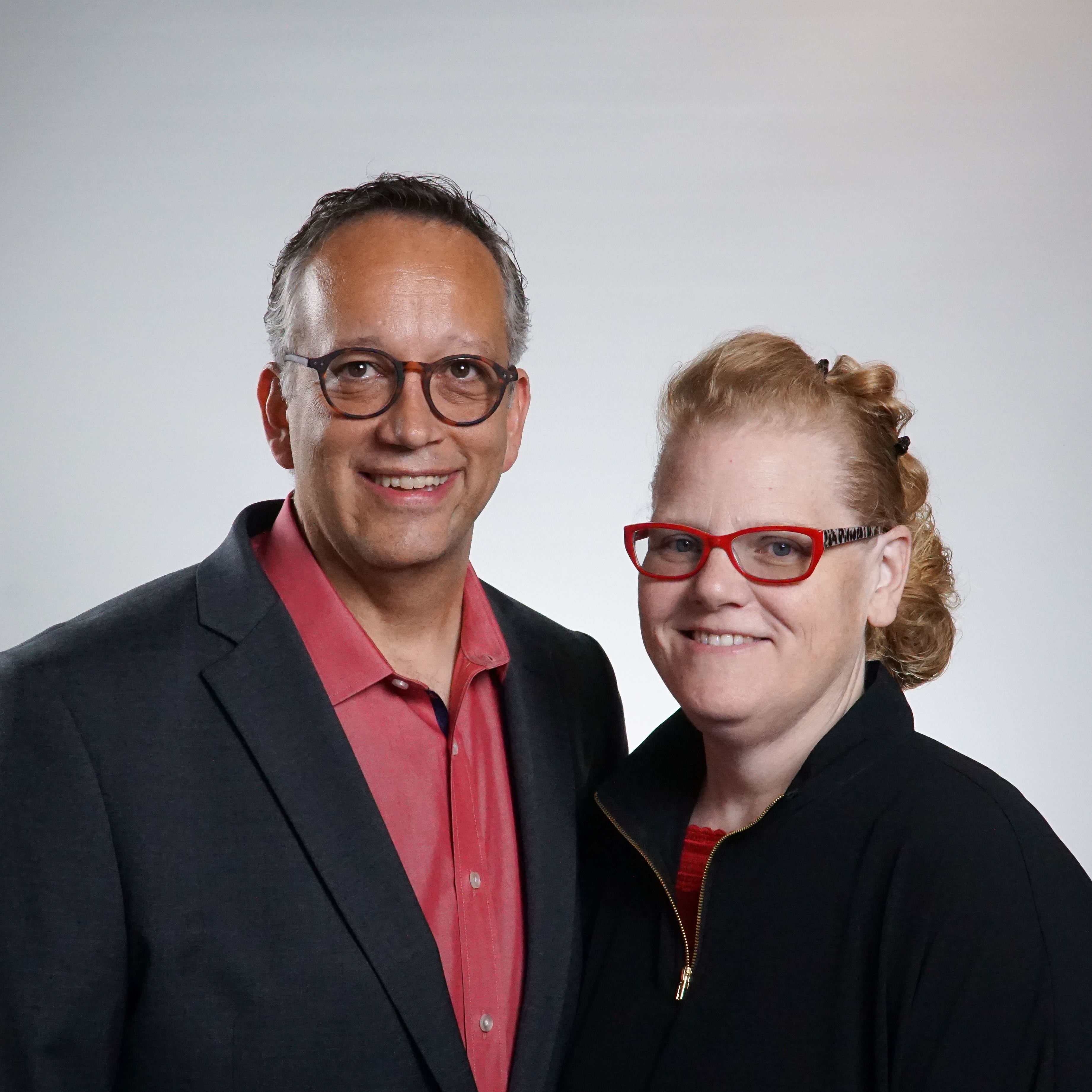 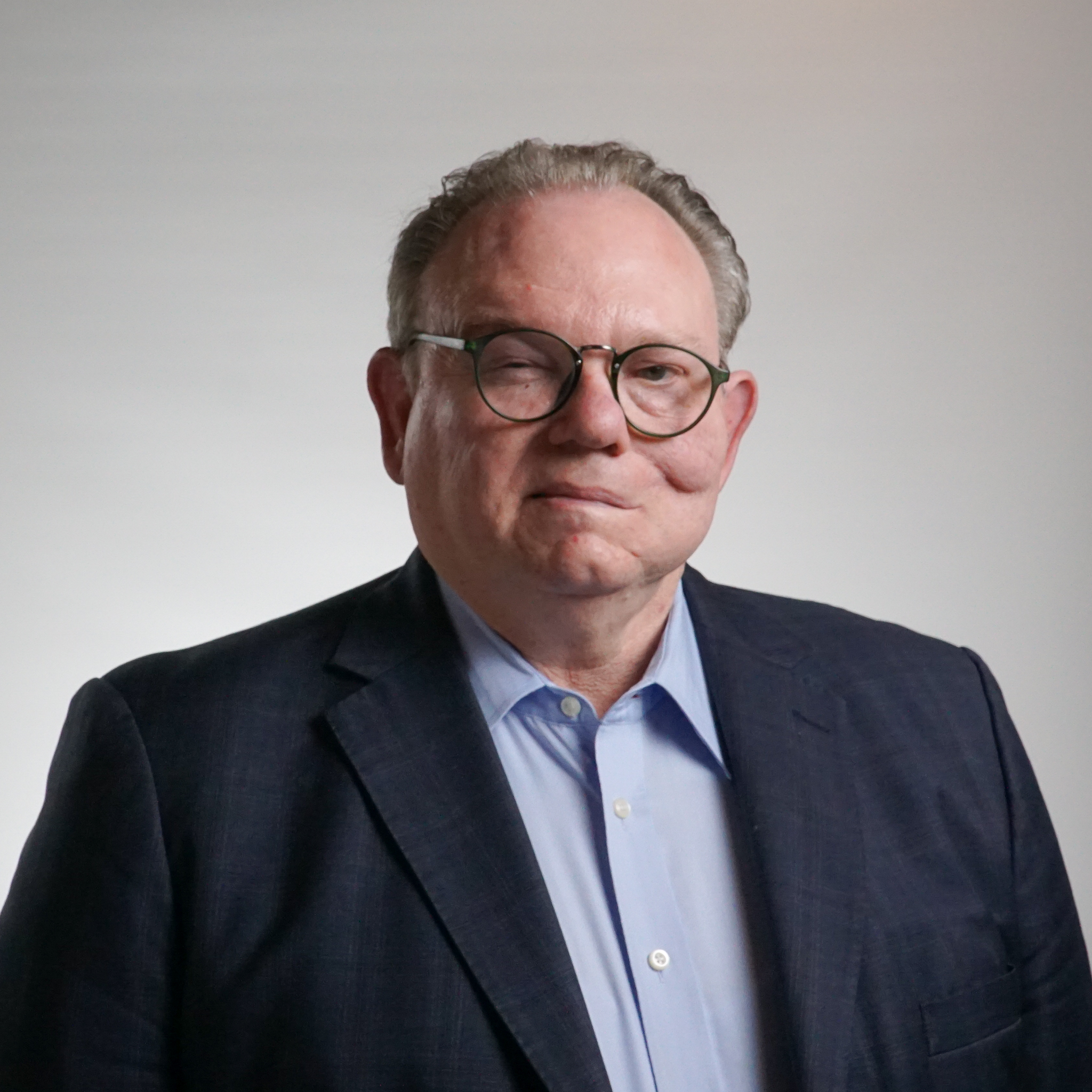 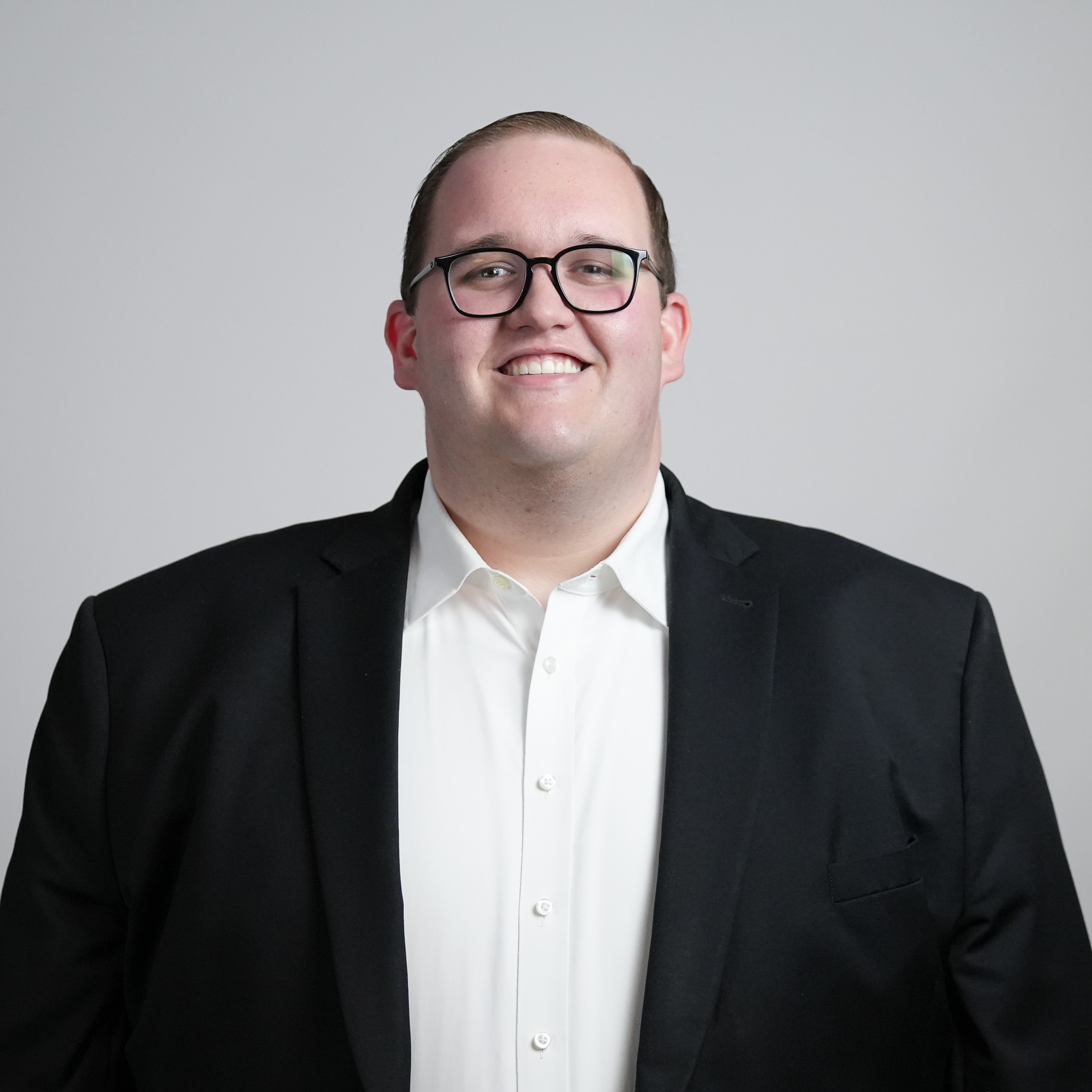 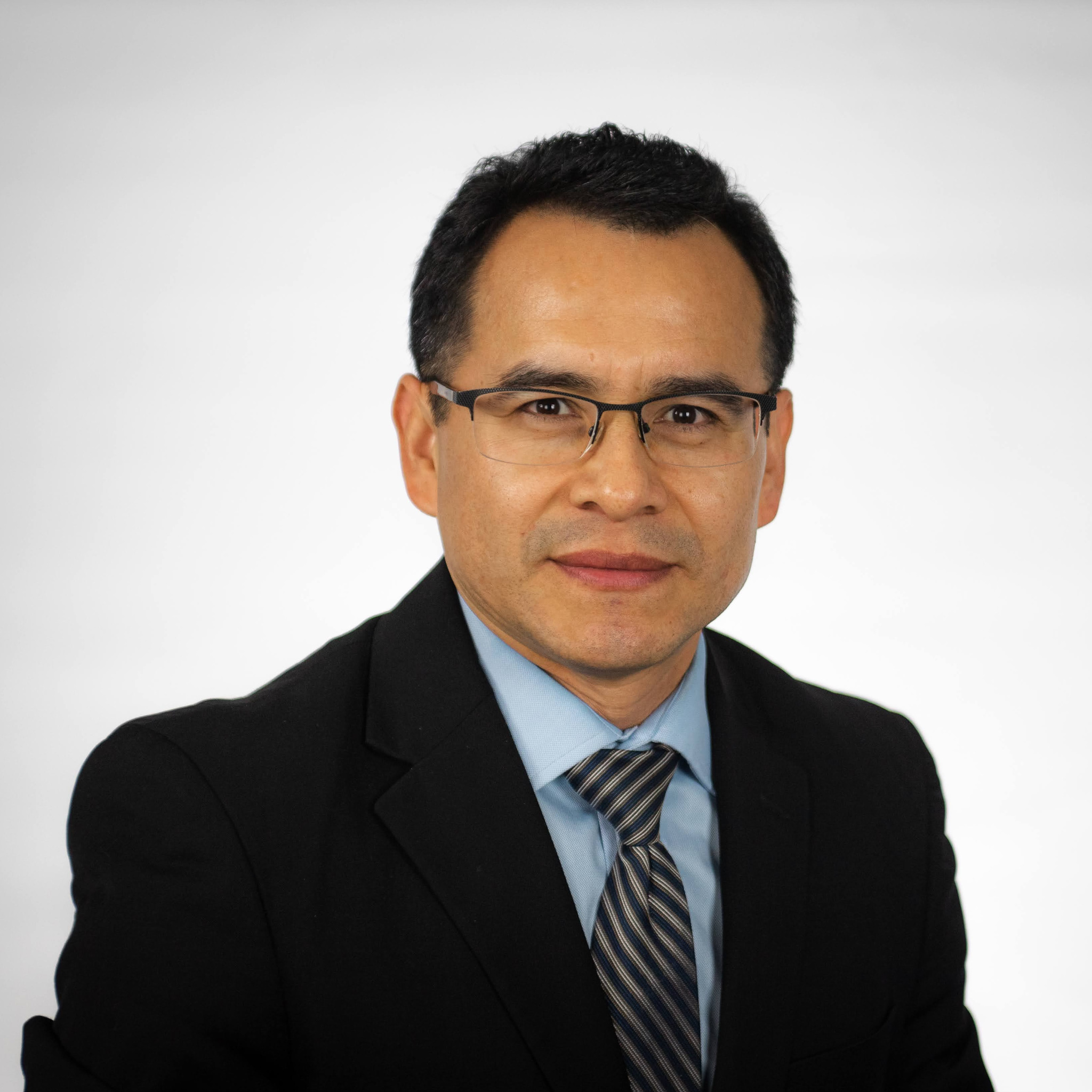 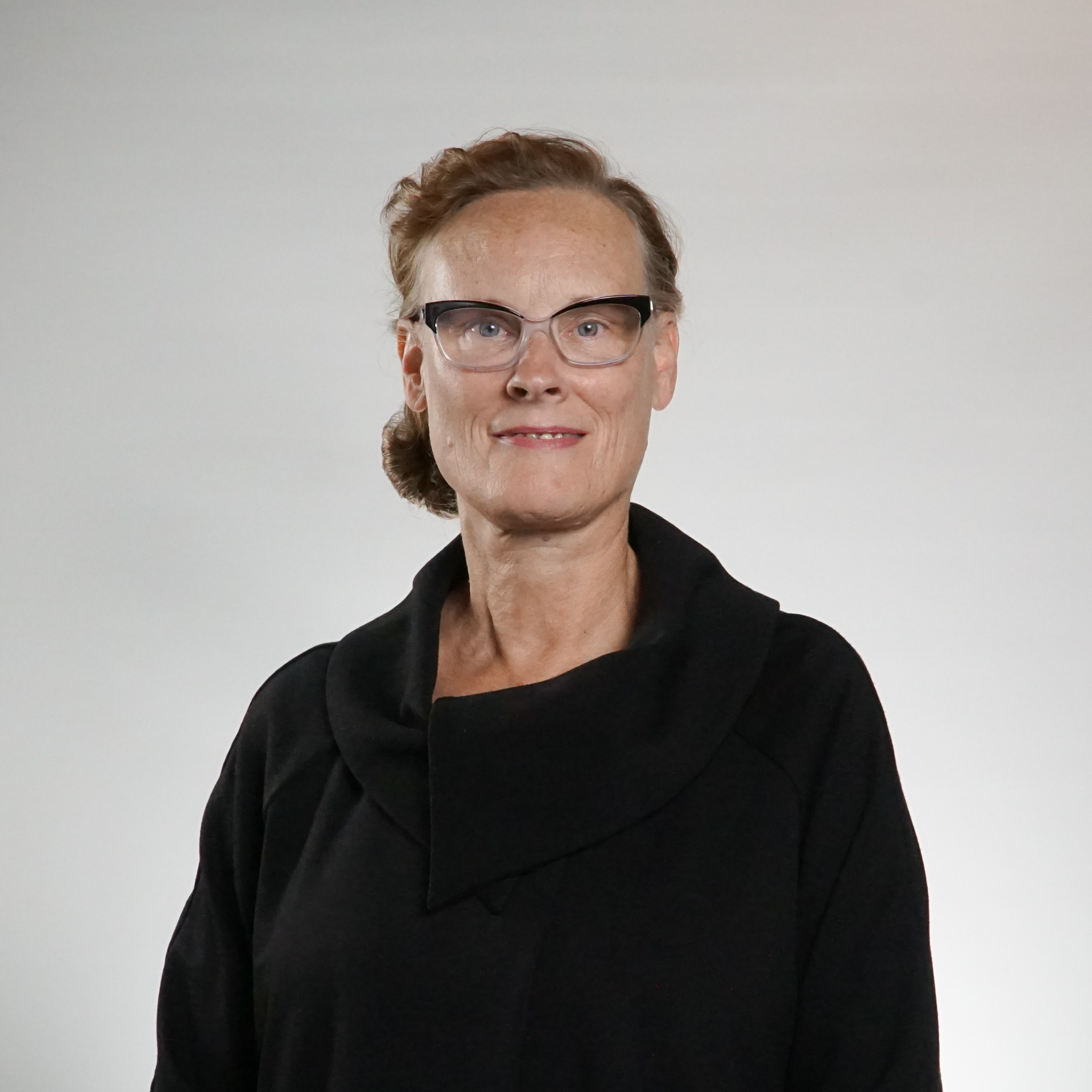 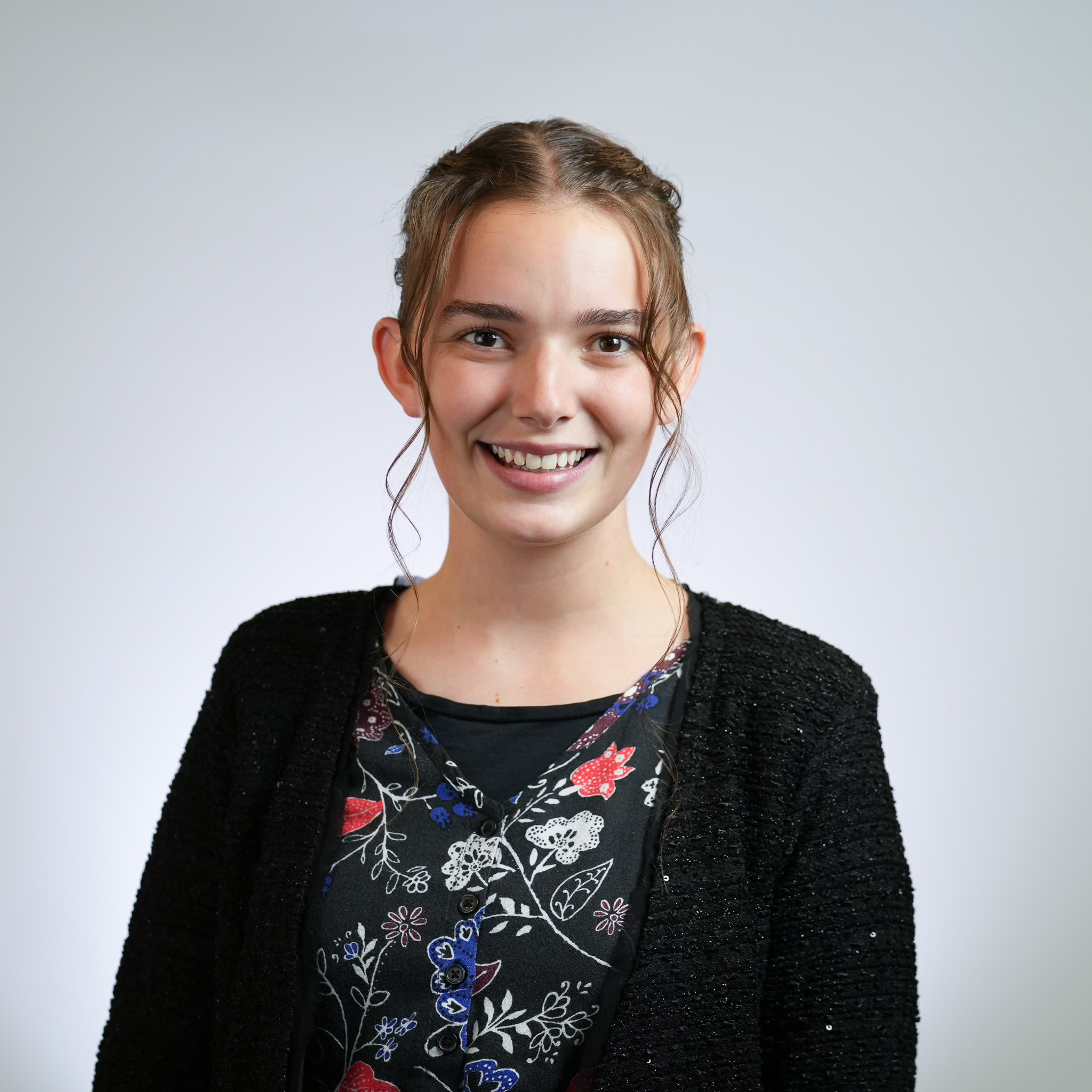 As our church grows, Connect Groups are vital to maintain close relationships. These groups are a great way for people to be a part of a community and to find solid friendships, support and people to do life with. No matter what stage of life
you’re in, there is a Connect Group for you.

Calvary Tabernacle has been considered a flagship church in the United Pentecostal Church International and in the Apostolic movement for decades. The following is a brief history of how the church first began and the key milestones that led Calvary Tabernacle to where it is today.

The year 1932 saw the first opening of the doors of worship at the Prospect Street location. The first pastor of this growing assembly was Oscar Hughes. During these early years, a building located on the corner of Fletcher and Cedar Avenue was purchased for the church, known then as the Fletcher Pentecostal Church. Following Pastor Hughes, Oliver Fauss was elected pastor of Fletcher Pentecostal Church. He and his family served for almost two years before making the decision to move to Houston, Texas. In 1937, the church chose 21-year old Raymond Hoekstra to pastor the church. Under his leadership the church grew quickly. The white frame Fletcher Pentecostal Church was razed, a cinder block church was built, and the new church building was named Calvary Tabernacle. 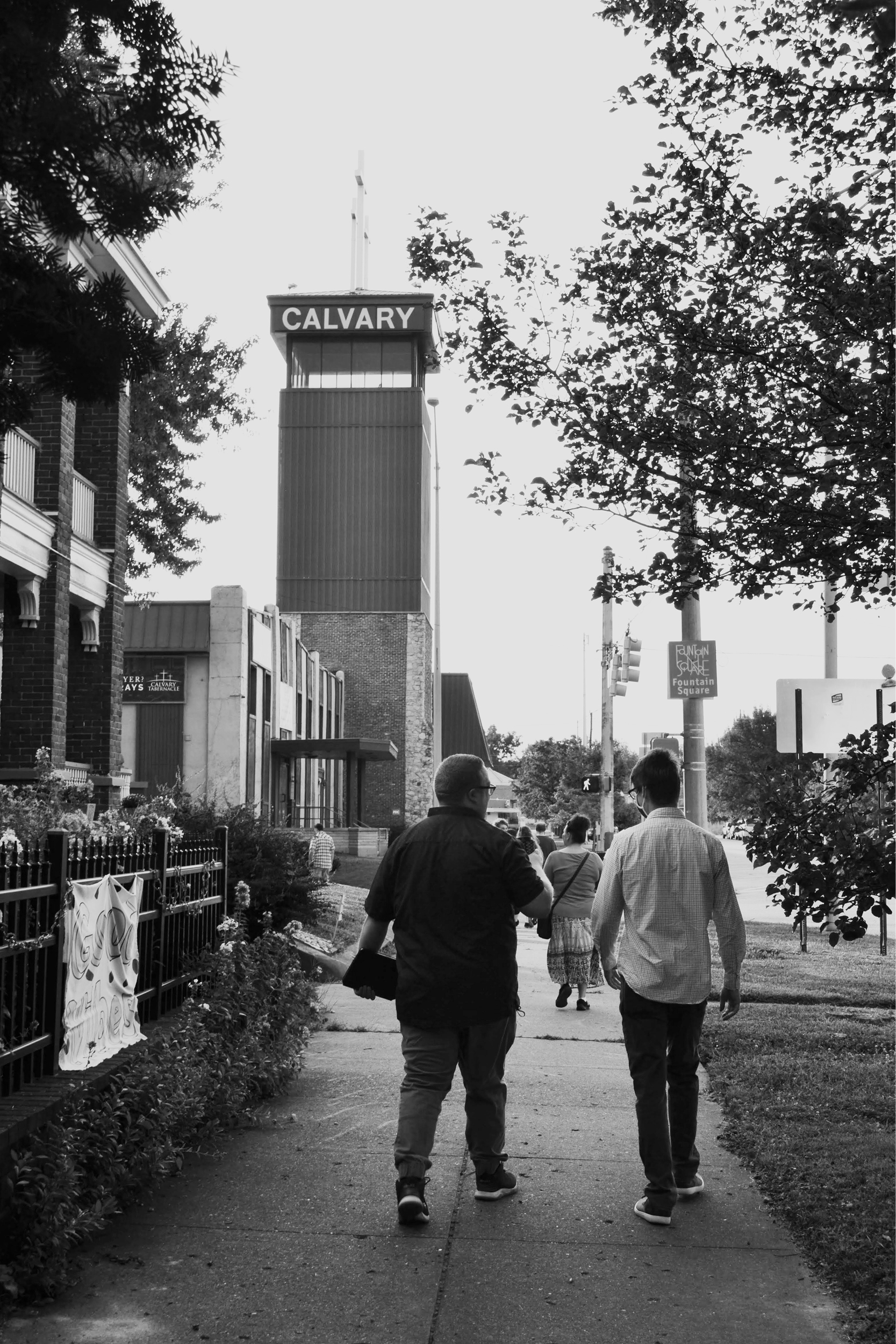 Upon Pastor Hoekstra’s resignation in 1949, Nathaniel A. Urshan became the pastor of Calvary Tabernacle. Rev. Urshan pastored until 1979 when he moved to St. Louis to assume the leadership of the United Pentecostal Church International as General Superintendent. During his pastorate Calvary Christian School, which had been initiated and built by Raymond Hoekstra in 1945, became a wellspring from which flowed a steady stream of Jesus Name preachers and Christian workers.

During Rev. Urshan’s pastorate, Mayor Richard Lugar was asked to change Cedar Street to Calvary Street. The city council passed the request with a 100% vote. Today, if you are traveling south on I-65 and I-70, you will see the sign that signifies Calvary Street on the freeway. The sign is a symbol of the impact this church has made on the city of Indianapolis.

In 1956 Calvary Tabernacle and Calvary Christian School were enlarged to accommodate the increasing number of worshippers. From 1949 to 1979, over one-thousand people were added to the congregation. 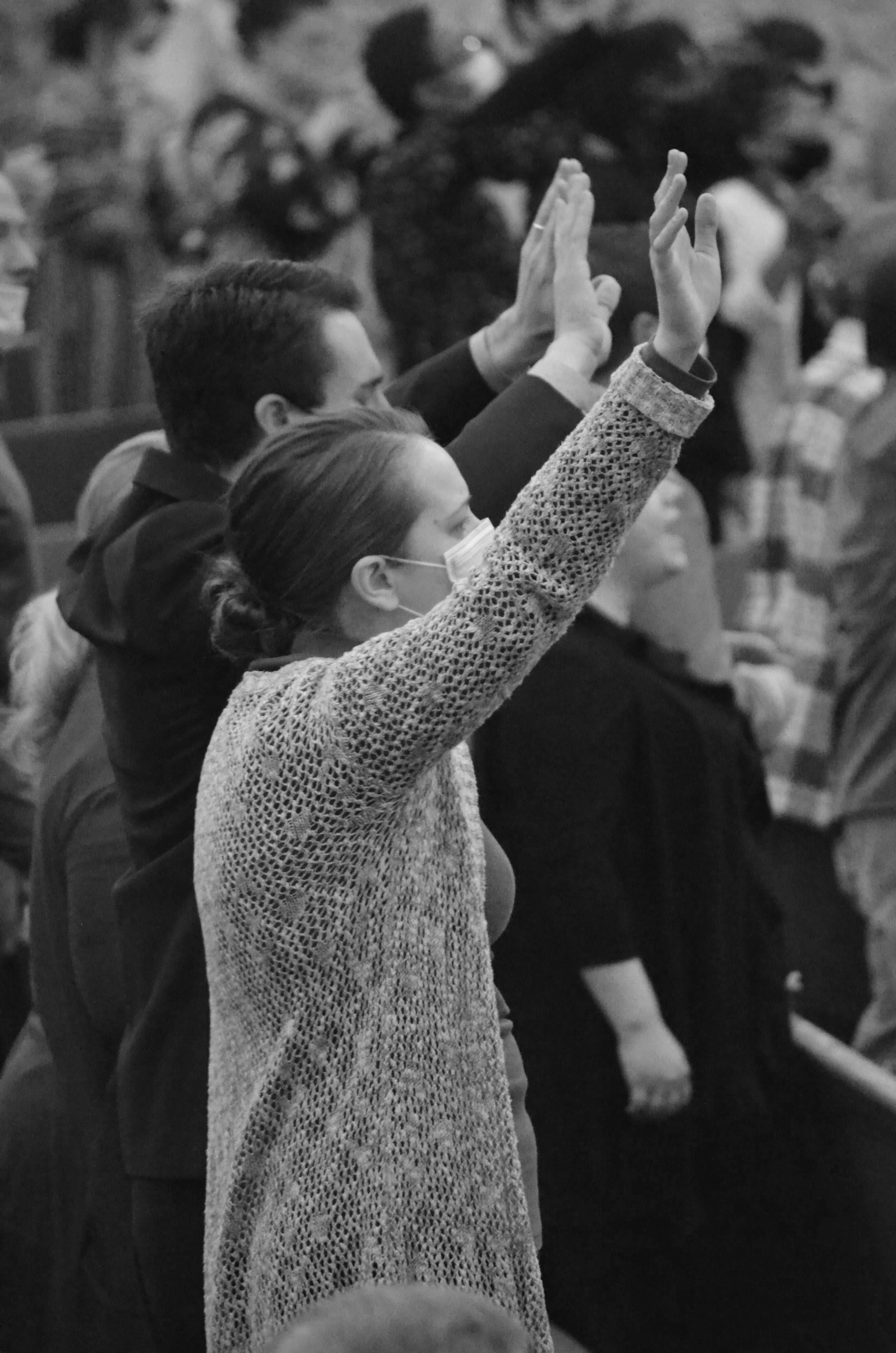 In 1979, James N. Larson was elected as Pastor of Calvary Tabernacle. The Calvary Tower with the three large crosses, which has become an iconic feature of this church, was built during Rev. Larson’s pastorate. The large tower, rising hundreds of feet, is easily seen by travelerson the nearby freeway and can be seen from an airplane on a clear night. The Calvary Tower stands as a monument to the people who make Calvary Tabernacle their place of worship and as a beacon of hope to the thousands of souls spread across the city of Indianapolis.

In 1988, the Calvary Tabernacle membership voted to call Paul D. Mooney to pastor its flagship church. Shortly thereafter, in the year 1989, Pastor Mooney led the church in accepting the work of Indiana Bible College. Today young people from across the country, and even around the world, come to Indiana Bible College to allow God to shape their hearts by the Word of God. 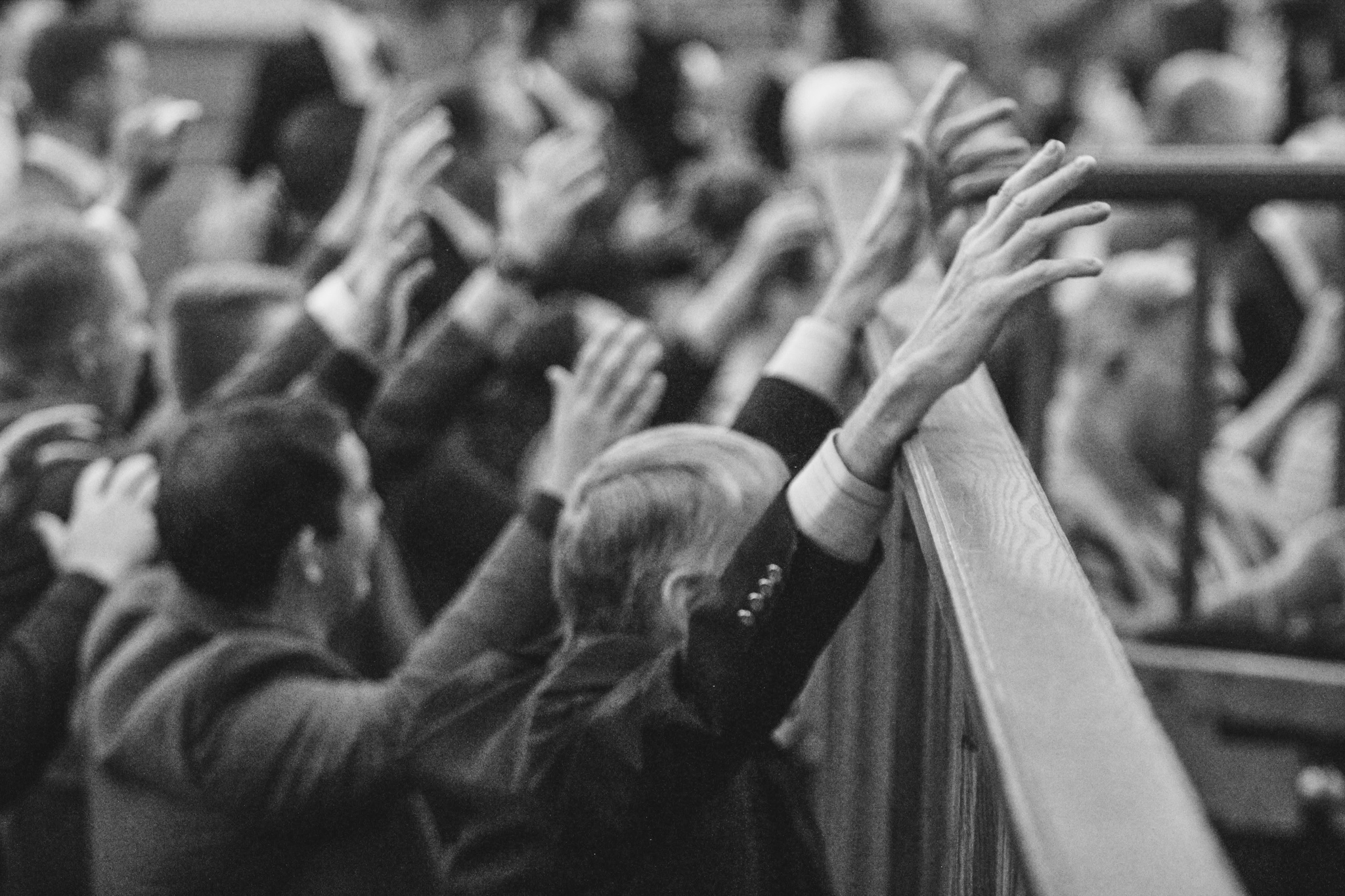 In 2001, upon paying off the mortgage of the Calvary Tabernacle and Indiana Bible College properties, the relocation of Calvary Christian School was launched. After investigating several locations around the city, the church purchased a large property and building at I-65 and Keystone Avenue. In 2006, after years of fund-raising, the church held a groundbreaking ceremony at the Keystone location. Over the next year the defunct grocery store building was transformed into a state-of-the-art, two-story school and family life center. The doors opened to students in August of 2007. Today, Calvary Christian School is a thriving, accredited Elementary, Middle, and High School institution that is well respected in the City of Indianapolis.

Rev. Mooney continued his faithful service as Pastor of Calvary Tabernacle for many years until his retirement in the Spring of 2020. During his 32 years of leadership at Calvary Tabernacle and to this day, Pastor Mooney is recognized for his dynamic leadership and his steadfast adherence to the Apostolic Doctrine.

In June of 2020, shortly after Rev. Mooney’s retirement, Joshua B. Carson was elected as Pastor of Calvary Tabernacle. Since his election, Pastor Carson has stepped into the pastoral role with passion and anointing and has rallied the congregation around our mission: to reach into all areas of the community, to connect people to God as well as one another, and to disciple people toward Jesus Christ. 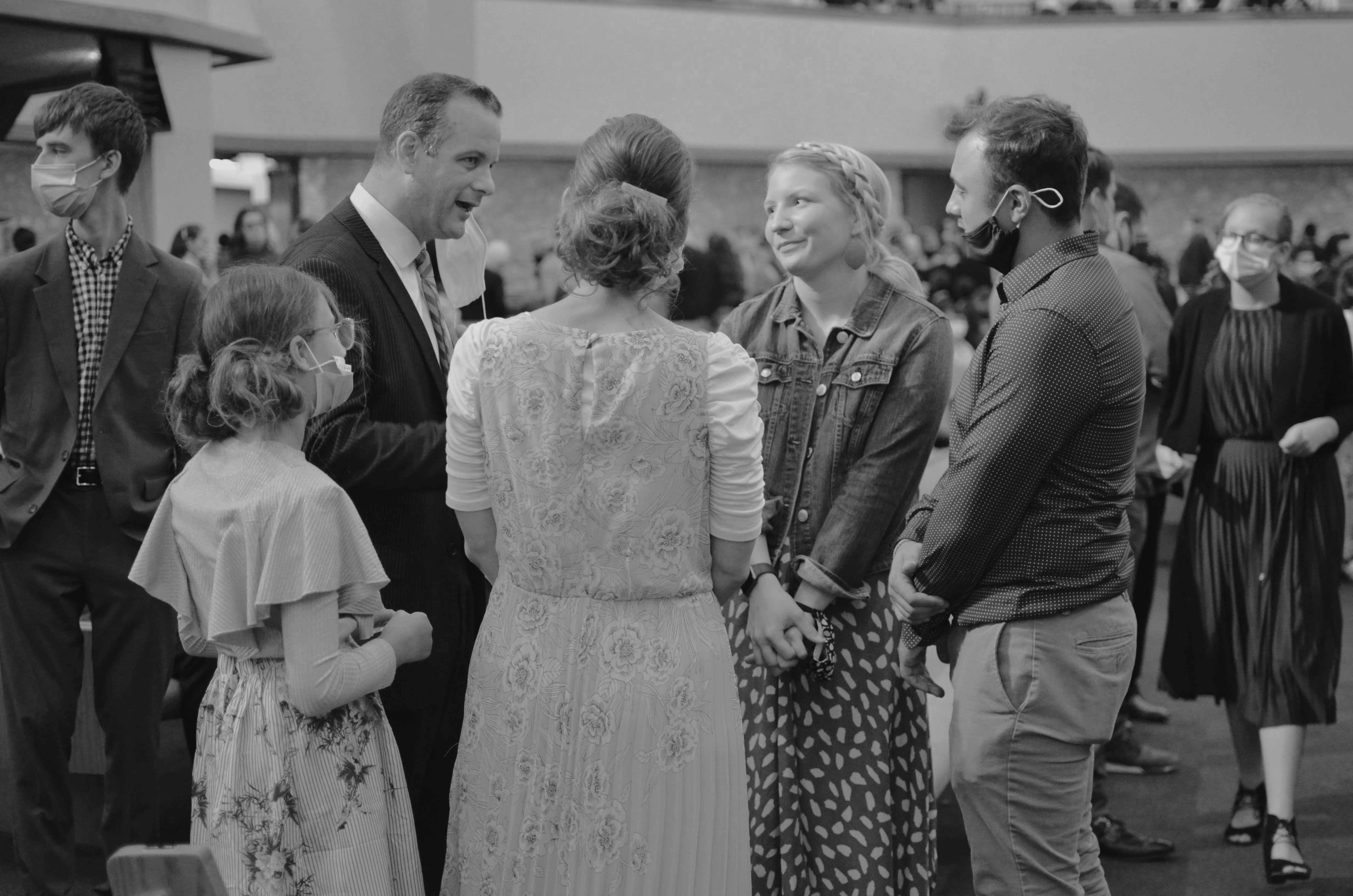 We can't wait to meet you